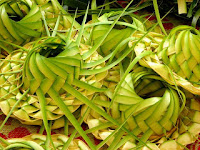 The Economy of Aloha

The more time I spent on the island, the more I realized that Larry's giving nature was not uncommon.  There was Ray, the octopus wrangler with blistered hands who would give me his freshest catch. There were the girls at work who made musubi, baked cupcakes, etc. to share with everyone.  The guy who appeared out of nowhere, gave me a beer, said "aloha" then walked away when I was crying over a breakup on the beach.  The bus driver who pulled over and let me on the bus when it was raining even though I didn't have enough money.  I could dedicate an entirely new post to all the random acts of kindness I received.

With American roots in a Protestant Ethic, it is easy for tourists and transplants to dismiss these happenings as fate, or good karma returned.  But living with this kind of assumption is the reason why haoles have bad reputations.  Aloha isn't just a spiritual belief, it's built into the economy. 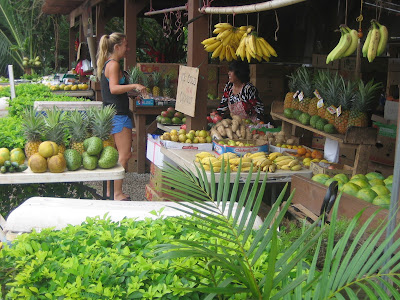 Aloha in itself is an economy.  It literally means, to exchange, or be present in breath.  Aloha means exhaling as effortlessly as inhaling.  It's an economy based on the understanding that the air we breath out serves to nourish the land, and in turn, we are nourished by the land.  It's about our relationship to the wealth around us, and understanding that caring for our community and our land is caring for ourselves.

In America, a land of haoles (not just white people, but literally- "without breath"), I see so many people in an uncertain economy figuratively "holding their breath". What would it take to return to an economy of breath, of abundance, of aloha?

Maybe it's a solution as simple as "feeding the fish".

Posted by alottamovin at 1:35 AM